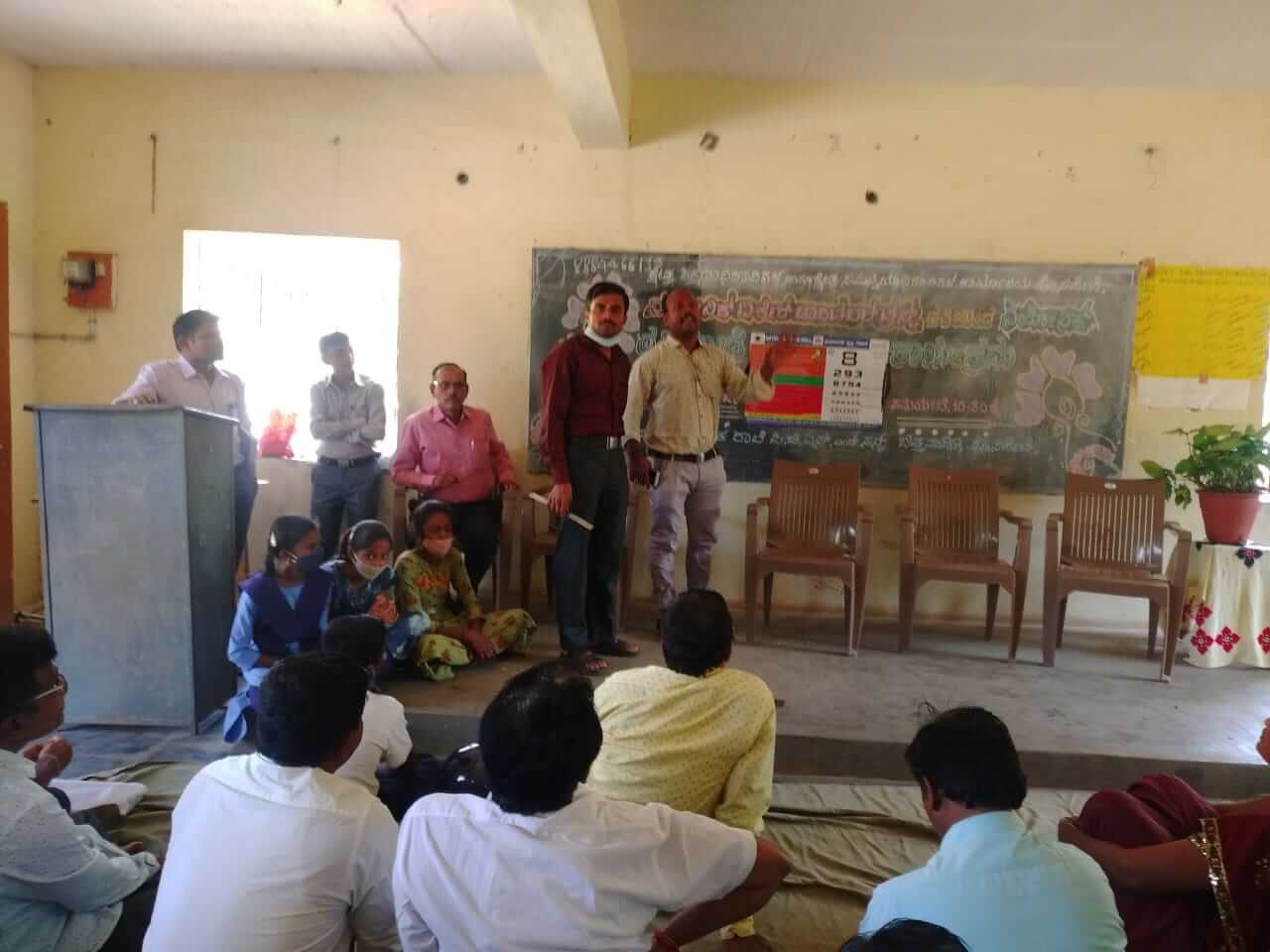 The Nayonika Eye Care Charitable Trust was founded by Dr. Surekha, the President of the Trust, and its Chairman Mr. Prashant S.B. back in 2010. The Trust is committed towards providing as many people as it can with the gift of good vision. It also aims at transforming Karnataka State into one that is completely free of avoidable blindness. The Trust is in charge of Nayana Seva, which is committed to improving the eyesight of people who suffer from eye diseases such as Uncorrected Refractive Errors, cataract, glaucoma etc. It is further divided into the following projects, which are targeted for specific sections of the population.

Of these projects, the Nayonika Makala Netra project is the most important one when it comes to improving the education of students by minimizing their vision problems as much as possible. This project advocates the proper implementation of school-based eye care programs and uses the help of the Nayonika Vision Wall to do the same.

Working as an intern for the Nayonika Eye Care Charitable Trust has educated me regarding the plight faced by those with poor vision. I learned in detail about the various types of avoidable blindness, especially Uncorrected Refractive Errors. Using the combined knowledge imparted to me by the various subjects taught as part of the IPM program, I was able to conduct a comprehensive study regarding the problems that Uncorrected Refractive Errors pose to the educational attainment of a child, and also the effect that correction of these errors can have on the same.

The Nayonika Eye Care Charitable Trust was founded in 2010 by Dr. Surekha and Mr. Prashant S.B. with the vision of mitigating the problems faced by people due to various eye diseases. The Trust currently focuses on helping the underprivileged blind population in Karnataka, but plans to expand its operations to other parts of the country as well. As mentioned in the abstract above, the Trust is in charge of three main projects at the moment, and these projects are targeted for specific sections of the population. They are classified as follows:

The Trust has also developed the Nayonika Vision Wall which is an essential tool for screening those who suffer from poor vision. It also educates the user regarding the general symptoms and causes of various eye diseases.

The project-wise milestones achieved by the Nayonika Eye Care Charitable Trust are as follows:

The project was carried out in collaboration between myself, the Nayonika Eye Care Charitable Trust as well as the Government of Karnataka. The project was divided into the following five phases:

Out of these five phases, the first four were completed successfully within the six-week period of the Social Internship. The fifth and final phase was unfortunately halted due to the sudden spike in COVID-19 cases in Bellary owing to the rise of the second wave of the pandemic. Therefore, the process of visiting Bellary and providing free spectacles to the students of government and government-aided schools has been postponed to a time when it is safer to travel.

The 35-page report has been sent to an IAS Officer, C.O. Nandini, who has contributed to the project by performing as the communicator between the Nayonika Eye Care Charitable Trust and the government officials in Bellary. This report, along with the help of Ms. Nandini, will kickstart the screening and spectacles provision drive in the district. These efforts ultimately contribute to the Nayonika Makala Netra project of the Trust. The main deliverable of this project is to provide free spectacles to 30,000 children in the district with the help of the state government. The Trust aims to complete this deliverable within the next three years, i.e., by distributing 10,000 free spectacles per year.

My Role as an Intern

These results convey that there is a high prevalence of Uncorrected Refractive Errors in the students of government and government-aided schools of Bellary District. There also seems to be a significant relationship between poor vision and general classroom performance (not to mention involvement in extracurricular activities) as almost one-fourth of the teachers reported that their students face difficulties in their academics due to poor eyesight. However, only a small fraction of teachers (11.8%) report the presence of poor reading comprehension and social skills in the students. This could indicate that Uncorrected Refractive Errors may not affect the psychosocial development of students and comprehension skills as much as they do on other academic parameters (such as performance in mathematics). The different answers to a few of the ten questions are depicted below.

This study, along with multiple studies conducted across the world, certainly does establish the fact that there is an alarming prevalence of Uncorrected Refractive Errors among schoolchildren and that these errors can have negative impacts on their educational attainment and psychosocial development. These undesirable effects are not only detrimental to the well-being of the students, but also to the development of societies and economies in general.

Prior research indicates that school-based eye healthcare programs which involve screening for poor vision as well as providing spectacles to those in need considerably boost the students’ quality of life. A prime example of such programs is the initiative taken by the Nayonika Eye Care Charitable Trust which aims to make Bellary a district which is not plagued by Avoidable Blindness. The study documented in this report is a part of their Nayonika Makala Netra project.

Apart from the fact that there is a high prevalence of Uncorrected Refractive Errors in the students of government and government-aided schools in Bellary, the study also found that the academic performance of the students is hampered by poor vision. Correction of poor vision is therefore a top priority in order to allow the children to achieve a desirable standard of educational attainment. Although a large majority of the students do not face issues outside the classroom due to bad eyesight, provision of spectacles to those in need will certainly help minimize vision-related problems outside of the classroom as much as possible. The following recommendations will go a long way in ensuring that children’s educational attainment is not hampered by their poor eyesight.

Recommendation 1: It is of utmost importance that governments and school authorities address the problem of poor eyesight with properly implemented screening drives and eyecare programs. Such programs would boost the importance of eye health and reduce the stigma surrounding it.

Recommendation 2: It is recommended that a switch be made from hospital-based eyecare programs to school-based ones. Such programs will work better at eliminating issues in eye health at the grassroots level, and will also educate children about the need for proper eyecare.

Recommendation 3: It is highly recommended that governments and charitable organizations direct their efforts towards providing free spectacles to children who cannot afford to get them from hospitals and clinics.

The internship that I completed under the Nayonika Eye Care Charitable Trust really helped paint a clear picture about how much of an impediment poor eye health is to the education of children. Of course, there is a general awareness regarding the impact that poor vision can have on the quality of life. This internship enlightened me as to how it is imperative that issues such as poor eyesight be corrected at the earliest, i.e., during childhood.

The research that I did as part of this project, as well as the insights and help provided to me by members of the Trust helped me understand how eye diseases such as Uncorrected Refractive Errors can be even more severe on the underprivileged. The less fortunate sections of society not only have limited access to healthcare, but also have little to no awareness regarding the importance of eye care.

After working on this project, I gained more knowledge on how to make such healthcare and awareness regarding eye health more accessible through methods such as switching from hospital-based eye programs to school-based ones. Through my interactions with various government officials, the internship also made me more socially conscious by understanding how the government and local authorities work towards the betterment of education for the underprivileged. This project taught me how to work well with local administrative bodies so as to apply the knowledge I attained through my research.

The social internship that I completed over the course of six weeks helped me hone the necessary skills required for me to become a successful manager in the future. The bulk of my internship required me to conduct an extensive research on a socially relevant issue, and this research involved preparing a questionnaire, reviewing multiple academic papers as well as writing an extensive report on the issue. The skills I picked up from courses such as Research Methodology, Sociology, Language Skills in English and Critical Thinking and Writing Skills were quintessential in helping me perfectly complete the tasks mentioned above. Courses such as Development Economics, which have a lot to do with how government aid can be beneficial to those in need of it, allowed me to understand how my project could be optimized to help the underprivileged blind schoolchildren in Bellary.

One of the defining traits of a manager is their ability to communicate with people effectively. This internship allowed me to practice and considerably improve my communication skills. Since many government officials have a plethora of pressing issues to deal with on a daily basis, it was indeed a difficult task to reach out to them and ensure that they carry out the work that I had asked of them. Due to various skills that I developed in the classroom, I was able to have successful interactions with various government officials in Bellary, which helped garner over 130 responses to my questionnaire. This helped strengthen the validity of the data collected as well as the results inferred from it.

Therefore, this internship has not only made me more socially aware, but it has also helped me pick up and apply important managerial skills which any manager would need to be equipped with in today’s context. This social internship will definitely go a long way in contributing to my overall holistic development once I graduate from the Integrated Programme in Management. 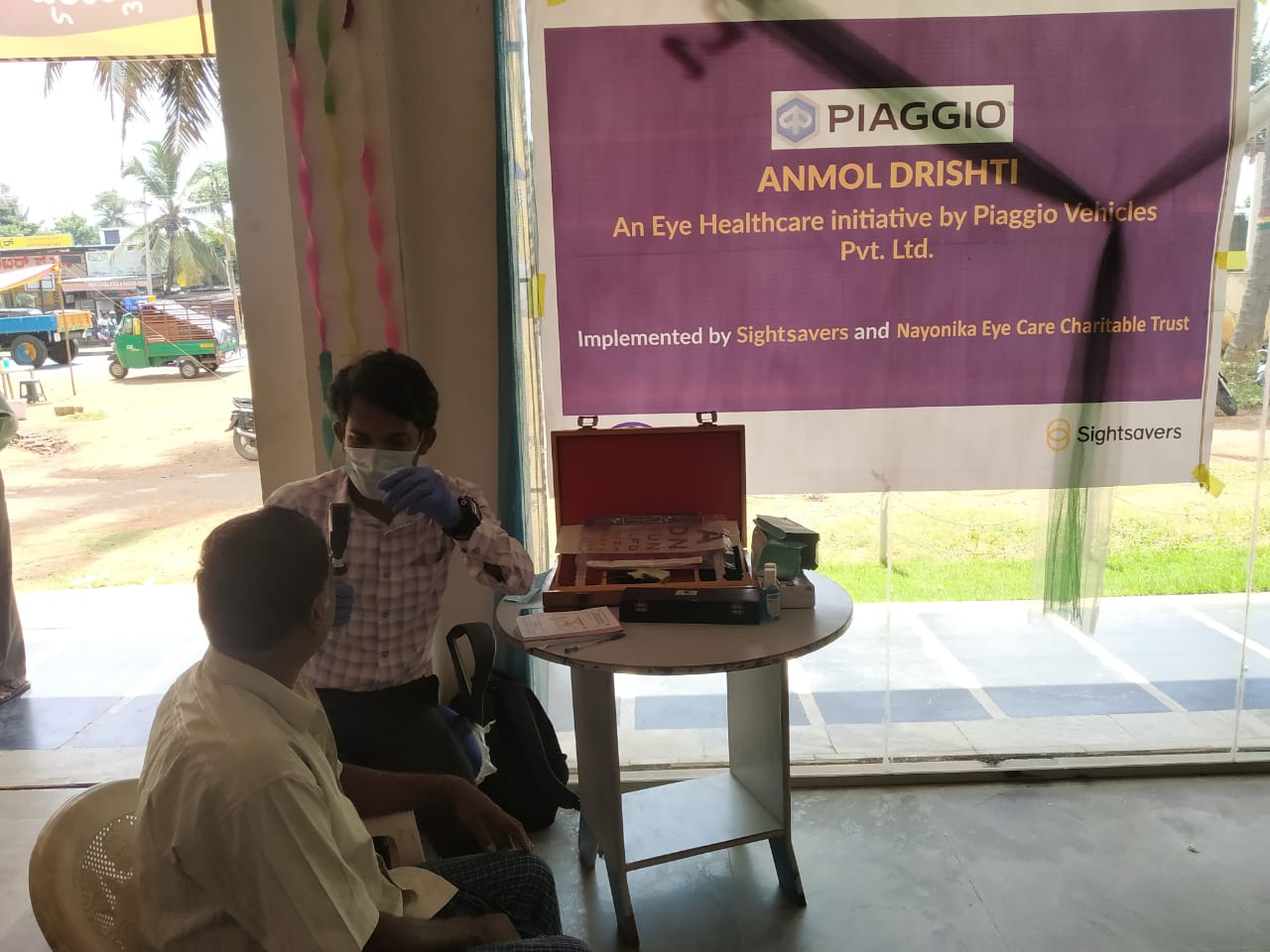 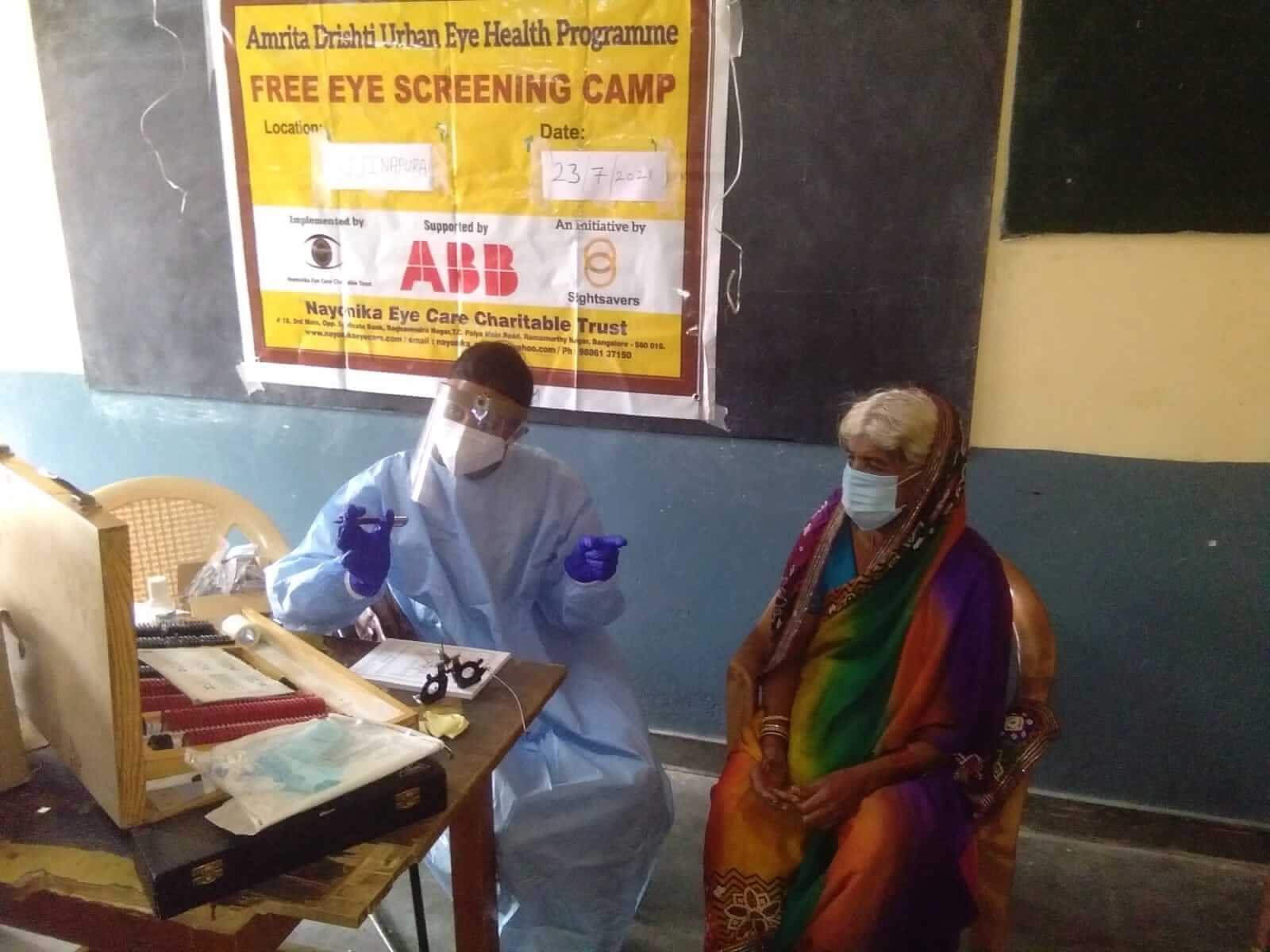 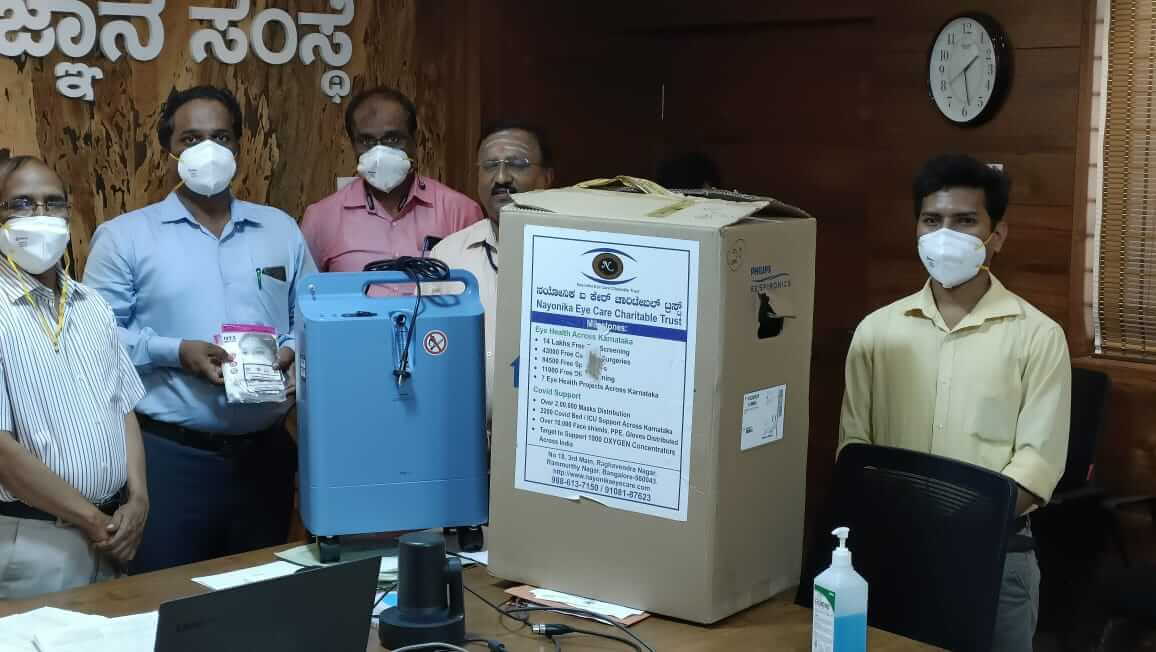 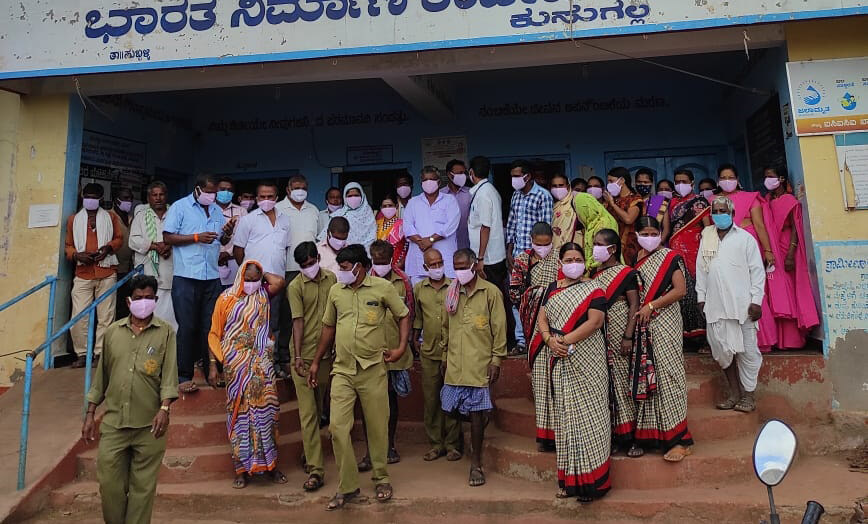